Megan Carey, the leader of the Neural Circuits and Behaviour lab at the Champalimaud Centre for the Unknown in Lisbon, Portugal, receives a Consolidator Grant from the European Research Council (ERC) to support her research for the next five years. It is the second five-year ERC grant awarded to Carey, following a €1.5 million Starting Grant in 2014. 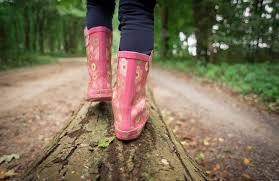 You don’t usually notice it, but you are, in fact, continuously learning how to walk. It happens when you first step onto a slippery sidewalk in a pair of new shoes, or when you try to carry a tray full of drinks. Your brain quickly realises that the same routine isn’t going to cut it, and a new strategy must be implemented before something embarrassing, or painful, happens. With time and practice, you learn to store many different walking patterns, that allow movement across your body to stay coordinated and properly calibrated, no matter where you find yourself.

Megan Carey, leader of the Neural Circuits and Behaviour lab at the Champalimaud Centre for the Unknown in Lisbon, Portugal, is driven by the curiosity to understand how the activity of neurons throughout the brain produces learned and coordinated movements. Over the years, Carey and her team have discovered several pieces of the puzzle. Now, she plans to expand her work with the support of a €2 million Consolidator Grant awarded to her by the European Research Council (ERC).

“This project will focus on how the brain learns to coordinate movement across the body while walking in a variety of environments. This is something we do without even thinking about it, but it’s a function of crucial importance to both humans and animals, and it still presents a challenge even to the most sophisticated robotic systems”, Carey explains.

Since walking is a complex, whole-body behavior, Carey knew that to tackle this question, she would need to be able to monitor and analyse the fine details of locomotion. This led her and her team to develop LocoMouse – an open-source, machine-vision software that tracks and analyzes walking in mice with high precision. Using LocoMouse, which was developed with the support of an ERC Starting Grant Carey received in 2014, they identified specific contributions of one part of the brain – the cerebellum – to coordinated walking.

LocoMouse proved to be a valuable tool that facilitated the discoveries that followed. “In one project we uncovered a relation between walking speed and learning speed in mice”, Carey says. “In another, we identified neural circuits that adjust step timing and placement in new environments.”

With this new ERC Consolidator Grant, Carey plans to purchase equipment and hire researchers that will focus on unraveling the neural circuits that allow new, coordinated walking patterns, to be learned. By combining quantitative analysis of behaviour with genetic circuit dissection, her team hopes to pin down how the spatial and temporal components of motor control are encoded and communicated across neural circuits in the brain. 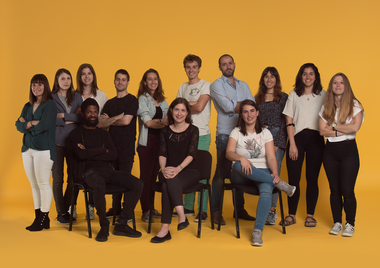