António de Sommer Champalimaud was born on March 19, 1918. He was the first of four sons of Carlos Montez Champalimaud and Anna de Araújo de Sommer. From early on, his enterprising spirit, firm convictions and strong personality helped him take on the family business and build solid assets.

The death of his father when he was only 19 years of age was the turning point in the life of young António, precipitating a sequence of events that made their mark on his meteoric rise. Without any knowledge or participation, until then, in his father’s affairs, he abandoned the study of Physical-Chemistry at the Faculty of Sciences of the University of Lisbon and, against everything and everyone, revitalised the bankrupted Companhia Geral de Construções (General Company of Constructions). The fact that he inherited most of his uncle Henrique de Sommer’s estate largely contributed to making him of one of the greatest Portuguese businessmen of all time.

Until the April 1974 revolution he diversified the business areas, from cement to iron and steel, expanded the company’s activities abroad and entered the financial and insurance markets.

However, he suffered an enormous setback when his assets were nationalised following the Portuguese revolution. In spite of huge financial losses, António Champalimaud moved to Brazil, where with characteristic tenacity he rebuilt his empire, first through the industrial activities he knew well, such as the production of cement, and later through the diversification of his business into the agricultural and livestock sectors.

He returned to Portugal in the 90’s, at which time he started to resolve his dispute with the Portuguese state and strongly invested in the national banking system. From then on, he divided his life between Portugal and Brazil. He became the owner of one of the major Portuguese financial groups, which he would sell years later.

António de Sommer Champalimaud died on May 8, 2004, leaving an unquestionable mark on the Portuguese industrial and financial landscape. His life was marked by constant challenges, some failures and many victories, but always driven by a high sense of liberty, ambition, independence, determination, initiative, vision and creativity. These traits, rather than the definition of what he was, are at the basis of the legacy that will perpetuate the António de Sommer Champalimaud name and forever associate it with great conquests. 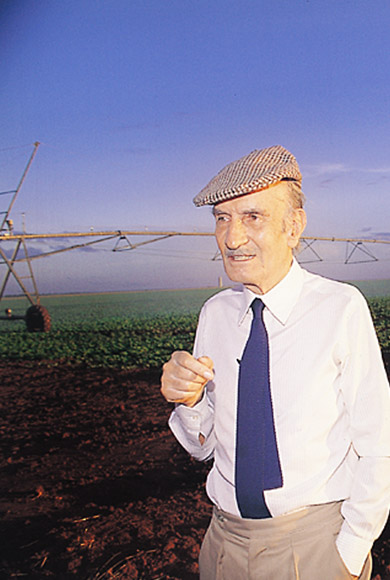 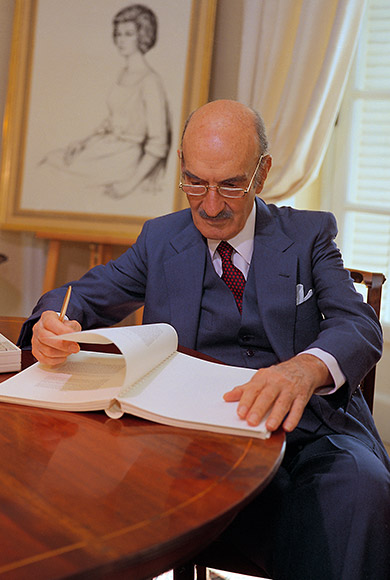 The creation, in his will, of the D. Anna de Sommer Champalimaud e Dr. Carlos Montez Champalimaud Foundation, was one of António de Sommer Champalimaud’s most significant acts. His discretion in voicing his intentions made him keep that decision a secret during his life, but started to shape a larger ambition: placing the result of the work he developed not only at the service of the Portuguese people, but of humankind as a whole.

The Champalimaud Foundation is the realisation of his vision and reflects the man he was. It is a tool for change, a lever for great discoveries, a path to explore future possibilities. It aims to reveal new knowledge and to stimulate discovery in the field of biomedicine to promote mankind’s health and well-being. It seeks to actively participate in the search for effective solutions to alleviate the burden that oncological, neurological, mental and visual diseases exert on societies and individuals.

This is the vision of the Champalimaud Foundation, which remains faithful to the Founder’s wishes and seeks to live up to the trust which has been invested in it. It was to Portugal, his motherland, that António de Sommer Champalimaud left the resources that made possible the creation of a state-of-the-art Centre. He wished for it to become an institution of excellence and a worldwide reference for research and clinical care, placing Portugal at the forefront of science. This is the commitment that the Foundation assumes every day and which guides its action.