The extraordinary scientific advances made by the 2018 Award winners led to the successful treatment of a genetic cause of childhood blindness, a version of Leber Congenital Amaurosis, and demonstrated the potential for future developments in gene therapy to cure other inherited diseases.

Hereditary retinal diseases are the leading cause or one of the leading causes of working age blindness and the second leading cause of blindness in children in Europe, the US and much of Asia. This heterogeneous group of diseases is caused by changes in genes important in the retina, having in common poor prognosis with very significant loss of vision (Kumaran, N, Ali R, et al. Retinal Gene Therapy. BMB, 2018, 1-13).

The 2018 António Champalimaud Vision Award winners, who have transformed medical care with their work, are:

Visual perception starts in the eye with the activation of neural responses triggered by light. 50 years ago, George Wald received the Nobel prize for demonstrating the central role of vitamin A in biochemical events that convert light into neural visual impulses in the eye. 25 years later, Michael Redmond cloned the RPE65 gene and demonstrated that it is essential for converting dietary vitamin A into the biological form that is active in retinal photo-receptor cells and it was soon found that RPE65 gene mutations render children functionally blind from birth.

Working synergistically, the teams of Bennett and Maguire, Ali and Bainbridge, Jacobson and Hauswirth engineered the elegant solution of providing a functional replacement of RPE65 using gene augmentation therapy in the eye. This restored vision to treated children and adults, and in turn their success enabled the entire field of gene therapy for human disease. 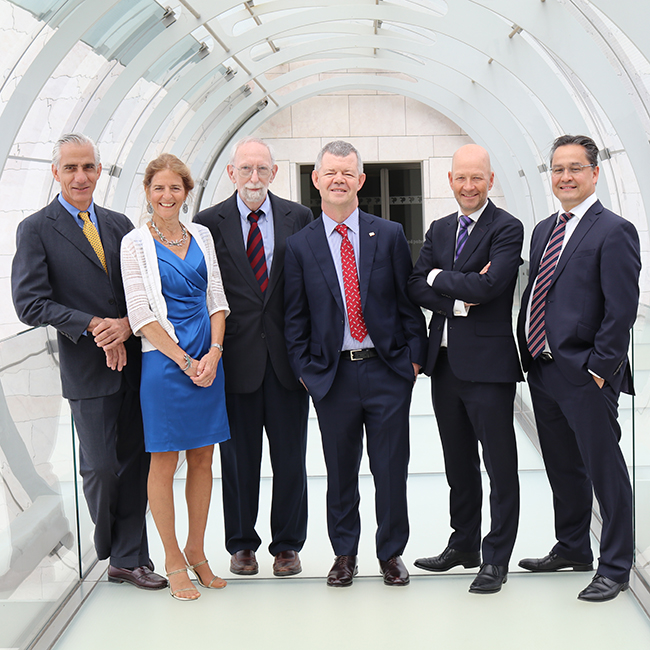