Medical images contain much more data than meets the eye. The field of Radiomics, born about a decade ago as a cross between radiology and oncology, consists in using computer algorithms to extract that hidden data from traditional CT, MRI or PET images. At the Champalimaud Centre for the unknown, a new project aims to address the challenges posed by the use of artificial intelligence in medical settings for prostate cancer. 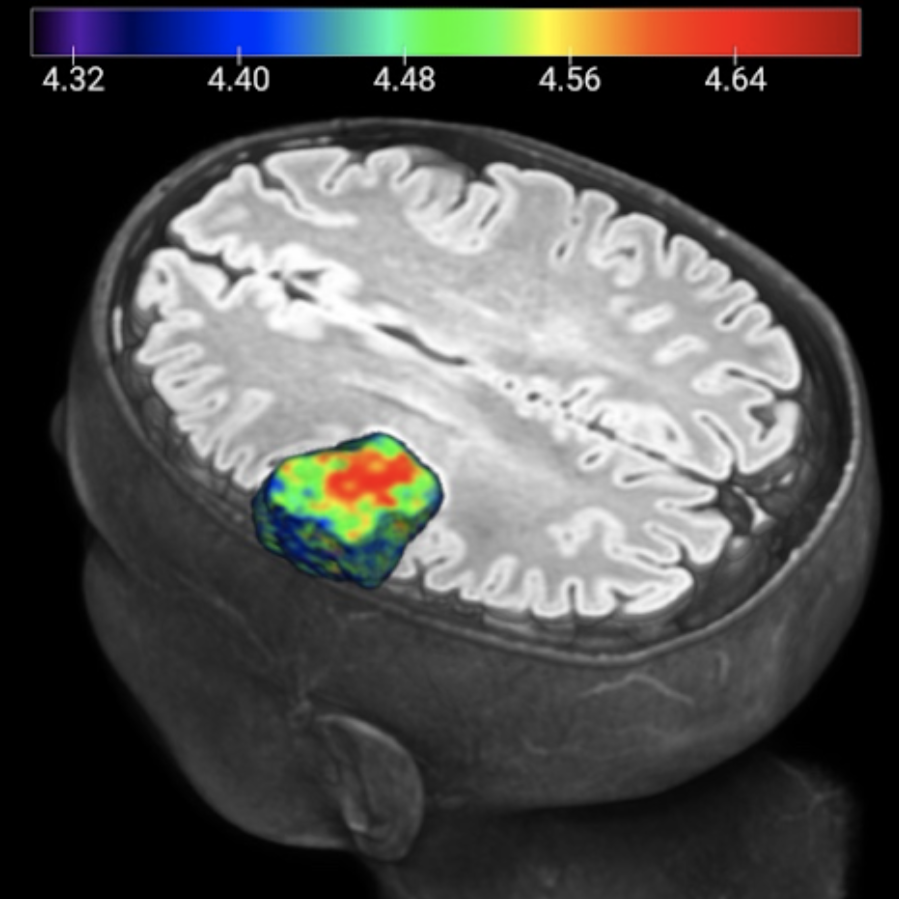 When analysing medical images, it is important to understand that they are more than pictures, they are data – and that a large amount of this data is not visually available. This means that a purely qualitative, visual analysis of these images may have variable interpretations and may not be enough to capture the heterogeneity within the structure being imaged.

That is where Radiomics comes into play. Radiomics treats medical images as mineable data, and its end-goal is to use the massive amount of information generated by the crossing of data-extracting algorithms and imaging technologies to guide the clinical decision-making process.

This, in turn, should benefit Precision Medicine, the much-touted approach to fight back cancer and other comorbidities by determining the optimal pathway for diagnosis, treatment and prognosis tailored to the individual’s characteristics.

Powered by the increasing computational power of machines, data availability from multiple sources (medical records, genetic techniques and imaging modalities) and research in high performance algorithms, Radiomics has become, in the last ten years or so, a growing field of research. The latest efforts concern the integration of artificial intelligence (AI) into Radiomics – more specifically, of Machine and Deep Learning algorithms.

At the Champalimaud Foundation, the Computational Clinical Imaging Group (CCIG) works closely with the Imaging Department, precisely with the aim of translating Machine and Deep Learning algorithms into clinical practice. The end-goal of the investigations is to deploy the constructed mathematical models into a clinical setting, by developing dedicated software tools and platforms.

In the past few years, work in the fields of AI and Radiomics has been developed by the CCIG to answer open issues and improve patients’ quality of life in prostate, pancreas, rectal, lung and breast cancer, gliomas and multiple myeloma, among others. AI algorithms have been built to deal with disease prediction, recurrence and staging.

The group is also investigating several unanswered questions regarding the interpretability, robustness and fairness of the models, to ensure the trustworthiness by the end-user. In fact, despite the increasing number of publications on this topic, there are still some challenges to address concerning the use of AI in Radiomics. One of them is the interpretability of the models, because, especially in the medical field, it is crucial for humans to understand the model's output.

This can be achieved by creating transparent models with low complexity or more complex models that explain their decisions a posteriori, using text or visual explanations. Additionally, initiatives towards so-called “explainable AI” have been developed (in which the results of the solution can be understood by humans, as opposed to the concept of the "black box" in machine learning, where even its designers cannot explain why an AI arrived at a specific decision). One of these is the Explainable AI (XAI) from the US Defense Advanced Research Projects Agency. At the same time, EU regulations on General Data Protection Regulation (GDPR) restricts the implementation of non-interpretable models.

Secondly, in order to build robust models there is a need for large-scale annotated datasets coming from multiple institutions and strategies for sharing data between institutes/hospitals in a way that is compliant with ethical and data protection regulations. It is important to note here that these heterogeneous datasets should be representative of the population in order to eliminate biases (ethnic, gender, age, etc.) that would compromise AI models’ decisions in the real world.

An additional challenge that comes from data heterogeneity is standardisation/harmonisation across diverse datasets in order to be able to draw conclusions between studies. To achieve robust Radiomics features it is important, in particular, to establish standardisation initiatives such as the Image Biomarker Standardisation Initiative (IBSI), providing common nomenclature and definitions for image biomarkers, benchmarks for image processing and feature extraction, and reporting guidelines.

It is equally important to conduct studies in humans and to use phantoms (objects that simulate the human body) that assess their repeatability and/or reproducibility across scanners, protocols and institutes. Finally, there is the challenge of biological validation, which comes from the fact that, with the extraction of an increased number of features, there is a higher risk of overfitting and over-interpreting the results. Thus, in order to establish a causal relationship between radiomic features and clinical outcomes, one should combine Radiomics with genomics, histopathomics or even do “habitat imaging”, which means taking into account the microenvironment of the tumour.

During the last five years, CCIG developed an international radiomics network with more than 15 partners from Europe, US and Brazil. CCIG is acting as a technical hub and participating in joint projects with clinical partners within the network.

In 2020, the CCIG received funding from the EU Horizon 2020 Research and Innovation programme (within the AI for Health Imaging topic) to conduct a project called ProCAncer-i. Nickolas Papanikolaou, principal investigator of the CCIG, was elected as Scientific Coordinator of ProCAncer-i, and the Champalimaud Foundation will be involved in the project both as scientific and technical partner.

This project concerns the second most common cancer in men, prostate cancer. It aims to develop a centralised repository of more than 17,000 multi-parametric Magnetic Resonance Imaging (mpMRI) exams, and to build AI algorithms applied to nine different clinical use cases. Multi-parametric MRI has the advantage of being non-invasive, non-ionising, and of having the potential to capture tumor heterogeneity in 3D, enabling the identification of prostate cancer in case of a negative biopsy.

Moreover, the use of a large and heterogeneous prostate mpMRI dataset, coming from several clinical institutions, MR-vendors and using different acquisition parameters, will address the challenges mentioned above during the course of the project. In order to do this, a three-phase AI modelling methodology will be implemented. During the first phase, a master global model based on 60% of these images, which were acquired retrospectively, will be developed. During the second phase, three vendor-specific models will be developed (for Philips, Siemens and GE MR-vendors) with most of the 40% of the data that will be acquired prospectively. The third phase will consist in the development of a vendor-neutral model using the output generated from the vendor-specific models mentioned above, to be fed into the master model, in order to deal with the variability within prostate datasets.

Having said all this, the project leaders emphasise that “AI in Precision Medicine should not replace the work done by the radiologist, but rather be used as a tool to improve their work and to ensure that patients' needs are put first”. And they conclude: “AI is not in the distant future; it is already here. Engineers and computer scientists need to work together with clinicians to design and improve the models’ fairness, reproducibility and performance so that society can feel ready to embrace it”.

Edited by Ana Gerschenfeld, Health and science writer of the Champalimaud Foundation