Neurons in the olfactory cortex link smells to places. 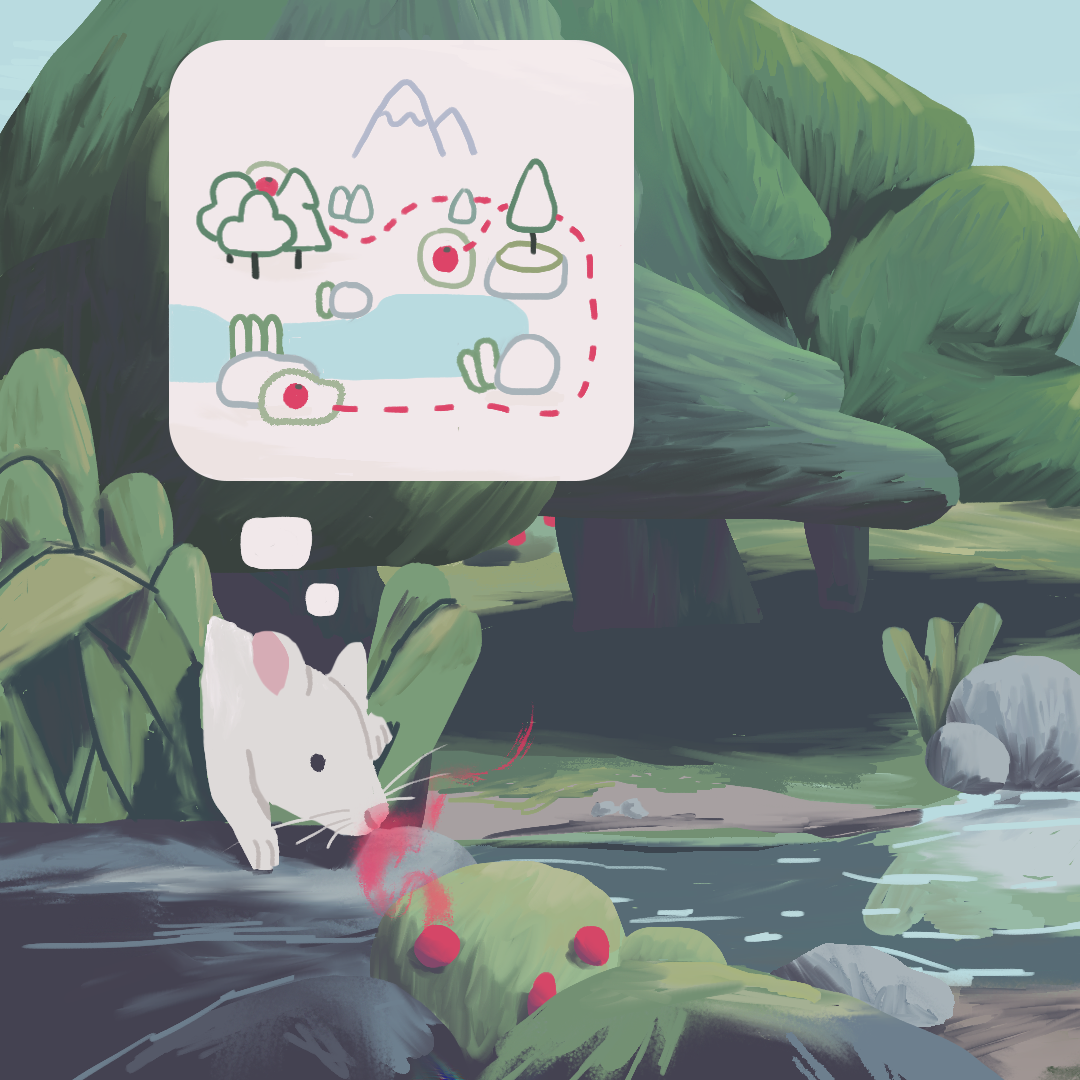 Smell has the power to transport us across time and space. It could be the sweet fragrance of jasmine, or the musty scent of algae. Suddenly, you are back at your childhood home, or under the burning sun of a distant shore.

This association between smells and places seems to be a deeply embedded aspect of human cognition. But how are the two linked in the brain? A study published today (December 22nd) in the scientific journal Nature presents a potential explanation.

A Neural Link between Smell and Space

"Odour molecules do not inherently carry spatial information. However, animals in the wild use odours for spatial navigation and memory, which allow them to locate valuable resources such as food”, said Cindy Poo, the study's first author. “We wanted to understand the neural basis of these behaviours, and so we decided to study how the brain combines olfactory and spatial information."

The researchers focused on the primary olfactory cortex. "The olfactory system is unique among the senses", said the study's senior author, Zachary Mainen, a principal investigator at the Champalimaud Centre for the Unknown in Portugal. "Only olfaction has direct reciprocal connections to the hippocampal system, which is involved in memory and navigation."

Hippocampal neurons are famous for functioning as "place cells". This is because each cell becomes active at a specific location within an environment. Together, these neurons encode the entire area, effectively creating a neural map of space. Hippocampal place cells, whose discovery in rats led to the Nobel Prize for Physiology or Medicine in 2014, are so reliable that scientists can tell where an animal is simply by observing their activity.

"We know that the hippocampal system sends signals to the primary olfactory cortex", said Cindy Poo, the study's first author. "So we suspected that this brain region might do more than just identify different smells."

Putting Olfactory Neurons to the Test

To test this idea, the researchers developed a custom-made puzzle for rats, which are highly adept at olfaction. The rats sampled odours at the four ends of a plus-shaped maze. Then, depending on the scent, they had to figure out where the reward was hidden. "In this task, the rats had to learn and remember exact associations of odours and locations", Poo explained.

While the animals were solving the puzzle, the researchers monitored the activity of neurons in a part of the primary olfactory cortex called the posterior piriform cortex. "Neurons communicate with one another by emitting electric impulses", explained Mainen. "By recording the electric signals emitted by hundreds of individual neurons in this brain area, we were able to decode what specific neurons cared about. For instance, whether they became active when the animal was smelling a specific odour, or when it was at a certain location in the maze."

"Our results exceeded our expectations", said Poo. "We had predicted that some neurons here might care about location to a certain degree. "However, by carefully studying the activity of olfactory cortex neurons while the animal was navigating in the maze, we found that these neurons had learned an entire map of the environment."

The researchers discovered a large population of neurons that, similarly to hippocampal place cells, each became active at a specific location in the maze. Interestingly, the map didn't cover the entire environment equally. Instead, it was largely restricted to behaviourally significant spots on the maze: where the animals experienced the odours and received rewards.

"It appears that important locations were learned through experience and encoded into a map. It was remarkable that these cells in the olfactory system started responding in a given location when no odours were present, even when the rat was just walking around not engaged in the task”, Mainen added.

A Scent of Space

Is this how we come to form memories that link certain smells with specific places? "We found that some neurons here responded to smell, others to location, and yet others to both types of information to varying degrees. All these different neurons are mixed together, and are probably interconnected. Therefore, one can speculate that activating smell-space associations can happen through activity within this network", suggested Poo.

"This study also opens up a new window to understand how the senses are used for navigation and memory", added Mainen. "Humans rely on visual landmarks more than odours, but it's likely that the principles of how we remember where we've been and get to where we're going are very similar", he concluded.

Science Snapshot: Neurons in the olfactory cortex link smells to places
Back