Why do males have to wait for “round 2”? The reason may be different from what we think. 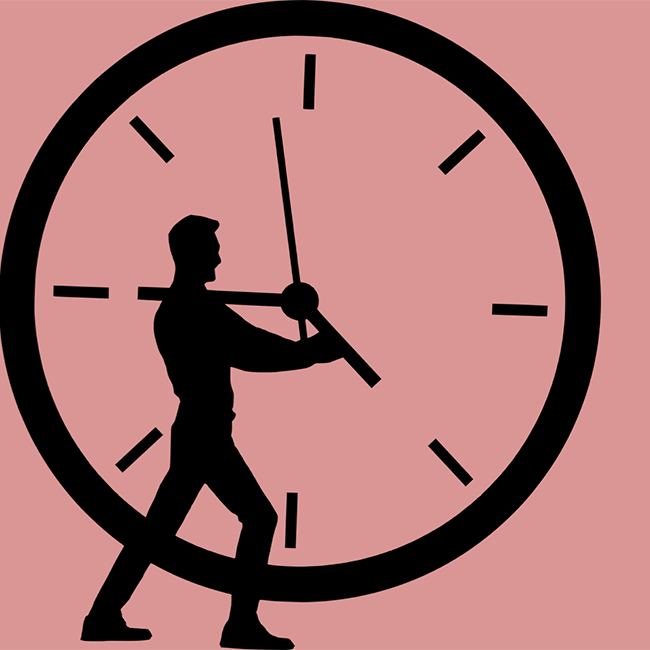 If you type into a search engine - “why do men have to wait before having sex again?” - you will very quickly come across Prolactin. This little hormone is thought to be involved in hundreds of physiological processes in the body. Among them is the male post-ejaculatory refractory period. This period begins when a male ejaculates and ends when he recovers his sexual capacity.

If you search a bit more, you’ll see that this theory has even led to the development of so called “treatments”. These promise to shorten the length of a person’s refractory period by reducing their body’s prolactin levels.

Well, here is some bad news for anyone who has bought any such merchandise. A new study in mice by scientists at the Champalimaud Centre for the Unknown in Portugal reveals that prolactin may actually not be the culprit after all. These results were published today (January 4th) in the journal Communications Biology.

Ironically, the research project that ended up refuting the theory, never aimed to do so.

“When we started working on this project, we actually set off to explore the theory”, recalls Susana Lima, the principal investigator who led the study. “Our goal was to investigate in more detail the biological mechanisms by which prolactin might generate the refractory period.”

What is the basis of the theory? According to Lima, it emerged through several lines of evidence.

For one, some studies have shown that prolactin is released around the time of ejaculation in humans and rats. And since the refractory period starts right after ejaculation, prolactin seemed like a good candidate. Also, chronic abnormally high levels of prolactin are associated with decreased sexual drive, anorgasmia and ejaculatory dysfunction. Finally, treatment with drugs that inhibit prolactin release in situations of chronically high prolactin, reverse sexual dysfunction.

“These different results all point towards a central role for prolactin in suppressing male sexual behaviour”, says Lima. “However, a direct link between prolactin and the male post-ejaculatory refractory period was never directly demonstrated. Still, this theory has become so widespread that it now appears in textbooks as well as in the popular press.”

How did the team end up discovering that the theory was wrong?

To study the role of prolactin in the male refractory period, Lima and her team performed a series of experiments in mice.

“We chose mice as our model animal because the sequence of sexual behaviour in mice is very similar to that of humans”, explains Susana Valente, the first author of the study. “Also, with mice, we can test different strains that exhibit different sexual performance, which makes the data richer. In this case we used two different strains. One that has a short refractory period, and another that has a long one, lasting several days.”

The team began by checking if prolactin levels also increase during sexual activity in male mice. “We measured the levels during the different stages of sexual behaviour using blood samples. And sure enough, they significantly increased during sexual interaction”, says Valente

Once this aspect was confirmed, the researchers moved forward to investigate the relation between prolactin and the length of the animals’ refractory period.

“Our first manipulation was to artificially increase prolactin levels before the animals became sexually aroused. We specifically made sure that the artificial levels matched those we measured during natural sexual behaviour. If prolactin was indeed the cause of the refractory period, the animals’ sexual activity should have decreased”, Valente explains.

To their surprise, this manipulation had no effect on the sexual behaviour of the mice. “Despite the elevation in prolactin levels, both strains of mice engaged in sexual behaviour normally”, she recalls.

Next, the researchers turned to see if blocking prolactin would have the opposite effect on the refractory period. In other words, if animals without prolactin would be more sexually active. Again, the answer was “No”.

“If prolactin was indeed necessary for the refectory period, males without prolactin should have regained sexual activity after ejaculation faster than controls”, Valente points out. “But they did not.”

Back To The Drawing Board

Together, Valente and Lima’s results provide strong counter evidence to the theory claiming prolactin triggers the male refractory period. Still, prolactin is undoubtedly a part of male sexual behaviour. What could be its role?

“There are many possibilities”, says Lima. “For instance, there are studies that point towards a role for prolactin in the establishment of parental behaviour. Also, it’s important to note that prolactin dynamics are quite different in male mice and men. In mice, prolactin levels rise during mating. However, in men, prolactin seems to only be released around the time of ejaculation, and only when ejaculation is achieved. So there may be some differences in its role across species."

So what is the reason males have to wait before round two?

“Our results indicate that prolactin is very unlikely to be the cause”, says Lima. “Now we can move on and try to find out what’s really happening”, she concludes.

By Liad Hollender, science writer and editor of the CCU Communication, Outreach and Events Team.

Fig. 1: Prolactin is released during sexual behaviour in male mice.
Back