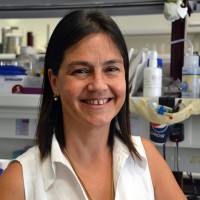 A trained physician and passionate researcher, Isabel Palmeirim developed a PhD in Development Biology, at the “Université Pierre et Marie Curie” - Paris. Her doctoral work led to the discovery of an embryonic molecular clock, a discovery considered by the scientific journal “Nature” a 20th century Milestone in the area of Embryonic Development. Isabel Palmeirim was later a researcher at the Gulbenkian Institute of Science, Assistant Professor and founder of the Medical Schools of the Universities of Minho and Algarve, being, since 2013, Professor and Director of the Medical Course at the University of Algarve.