The Mediterranean diet is more than a diet, it’s a way of life

Mediterranean diet, ketogenic diet, intermittent fasting. Which of these dietary strategies is the most likely to lower the risk of developing cancer? 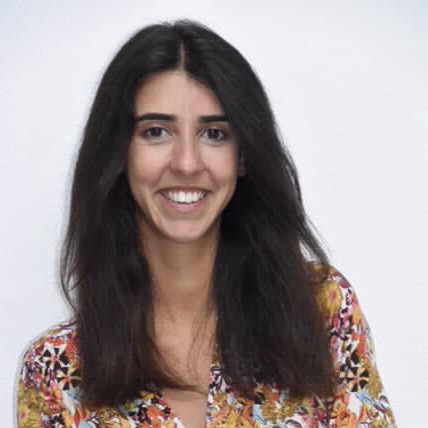 Interview with Marta Carriço, nutritionist at the Champalimaud Foundation.

Marta Carriço is a nutritionist in the Risk Assessment Programme team (Programa de Oncorrisco) at the Champalimaud Clinical Centre. In this interview, she explains what is known – and not known – about the impact of eating habits on the prevention of oncological disease, strongly favouring the Mediterranean diet.

What would you recommend as the most important dietary change a person can make to reduce the risk of cancer?

I think the most important thing of all is to increase the consumption of fruits and vegetables. We [Portuguese people] often fall quite short of the recommendation to eat 400 grams of fruits and vegetables daily. According to the latest (2016) Inquérito Alimentar Nacional e de Atividade Física [National Dietary and Physical Activity Survey], 56% of the Portuguese population does not follow this recommendation. Fruits and vegetables contain fibre, vitamins and minerals which are essential for the body, and they have been increasingly associated with the prevention of oncological disease. You can boost your fruit and veg intake by eating soup. Fruit can be served as dessert or as a snack. So the first step would be to include fruits and vegetables in your main meals – one of the main characteristics of the Mediterranean diet.

What is the Mediterranean diet?

The Mediterranean diet is more than a diet, it is a way of life: it is usually represented as a pyramid that includes, at its base, physical exercise, conviviality and the sharing of culinary traditions and knowledge. Given that one of the obstacles to adopting a healthier diet is choosing what to eat and how to prepare it, as some people we see at the clinic mention – with some of them even assuming that eating healthy is expensive and time-consuming – this intergenerational sharing of knowledge is very important.

The Mediterranean diet is also about seasonality and the consumption of local produce, which means it tends to be richer in vitamins and minerals. The Mediterranean dietary pattern strongly promotes eating plant-based foods: fruits and vegetables, as we’ve already mentioned, and wholegrain cereals, which are also very important for cancer prevention as they contain high quantities of fibre.

The Mediterranean diet also showcases the consumption of unsaturated fats, which have an anti-inflammatory profile: olives and olive oil, oilseeds and nuts, etc. It also promotes the moderate consumption of animal produce, namely meat and dairy products, as well as allowing for the very sporadic ingestion of processed meats (ham, etc.), of alcoholic drinks and sugary foods.

Therefore, this diet establishes quite an important balance between plant and animal products. All foods have their place in it, even sugary ones, though we shouldn’t eat them more than once a week. It’s a question of common sense. It is this balance that gives the Mediterranean diet an anti-inflammatory profile positively associated with oncological disease prevention.

What about salt consumption?

That’s one of Portugal’s great problems. We consume on average more than 10 grams of salt daily, while the official recommendation is for five grams at most. The excessive use of salt has been linked, for example, to stomach cancer [see https://fchampalimaud.org/news/interview-paulo-fidalgo]. This is one of the reasons why Portugal is one of the countries with the highest prevalence of stomach cancer. In this context, the Mediterranean diet is advantageous, because it strongly favours the use of spices and herbs, instead of salt, to season food.

Is the Mediterranean diet the best diet in terms of cancer prevention?

Actually, it is simply the most studied dietary pattern [laughs] – and the one for which we have most data. But there are many reasons to justify the role of this diet in the prevention of oncological disease. Namely, the various anti-oxydants it brings (vitamins and minerals) and the anti-inflammatory components present in plant-derived foods, such as phytochemicals (plant nutrients). Phytochemicals are involved in many bodily processes: such as the prevention of genetic mutations (that may make cells become cancerous) and in the balance of our inflammatory status (we need a balance between inflammatory and anti-inflammatory agents). Furthermore, the Mediterranean diet features a significant consumption of fibre, affecting the microbiome, which is increasingly considered to be determinant in cancer prevention (or proliferation) by way of the immune system. Thus, following the Mediterranean plan, food ends up having a role in supplying resources to the body that are essential for it to be able to protect itself from mutations and adequately deal with them when they arise.

What can you say about intermittent fasting?

Currently, we don’t know whether intermittent fasting can help prevent or treat cancer. Existing studies are still very preliminary and contradictory in the context of cancer. We can, however, make an association with obesity. Obesity is one of the big risk factors for cancer and there are studies about the role of fasting in obesity. The results seem promising, but we can’t yet claim that fasting is better than other strategies to treat or prevent obesity, and therefore decrease the associated cancer risk. After cancer diagnosis, I always consider it important to alert the patient to the fact that there is no evidence in favour of intermittent fasting being an efficient strategy, and that extreme prudence is advised. It can result in a loss of muscular mass, which in this phase is linked to poorer oncological prognosis. So shortening the period of food consumption might not be the best strategy in most cases.

You mentioned that there is a strong link between cancer and obesity. How can we be sure that, even if we adhere to the Mediterranean diet, we are not going to ingest an excessive amount of calories?

We cannot guarantee that this will not happen. But we know that this diet is associated with a lesser risk of obesity and excess body fat. One of the reasons for that may be the higher consumption of plant fibre, which promotes the feeling of satiety, making us eat less. Vegetables have less “nutritional density” – that is, more volume with respect to their caloric value – and we feel full more rapidly due to their volume. However, if we eat too many wholegrains and healthy fats – olive oil, walnuts, almonds, etc. – and we ingest more calories than we burn, we are going to put on weight.

What we are talking about here are general recommendations that help us determine ideal frequencies and portions for the various food groups. This is not about any individual case in particular. People are very different from one another, so there can be no guarantees; ideally, each person needs to be evaluated to develop an individual nutritional plan, adapted to his or her needs.

Are there cancers for which the risk does not decrease with a healthy and balanced diet?

There are cancers for which there is no evidence that diet reduces their risks of developing: skin cancer, ovarian cancer, certain blood cancers. But even then, in most cases, obesity arises as a risk factor, so diet has an indirect impact.

We still need to understand the role of food much better; our analysis is not deep enough yet. We have epidemiological studies – where we observe what people eat and then we see whether they developed or will develop cancer – but we don’t have controlled conditions, as in clinical trials. And even though there is scientific justification for the role of certain foods in cancer development, most of the time we just learn from our observations. It’s difficult to study the impact of diet on the prevention – or treatment – of oncological disease.

In terms of prevention, organisations such as the World Cancer Research Fund and the American Institute for Cancer Research seek to concentrate and analyse scientifically relevant studies to try to formulate recommendations. From this we know that eating processed meat is linked to an increase of colon cancer risk, while consuming fibre-rich foods is associated with a decrease of this risk. Still according to these analyses, obesity is a risk factor for more than 12 types of cancer, which is extremely relevant given that more than half the Portuguese population is overweight or obese.

What can be done to motivate people to eat a healthier and more balanced diet?

In my opinion, we have to invest in food literacy for children – the earlier the better – so as to promote healthy lifelong habits and for this information to also be transmitted to the household. Just as we did for recycling a few years ago. Promoting food and nutritional literacy in children can, as I see it, make a difference. Not only because it gives children knowledge about what healthy eating is, but also because they learn to prepare healthy and balanced meals, and in doing so can involve their whole family.

At the Champalimaud Foundation, is there a consultation, which includes nutritional aspects, dedicated to cancer prevention?

At the Foundation, we have a Risk Assessment Programme (Programa de Oncorrisco), led by [gastroenterologist] Paulo Fidalgo, where we evaluate the lifestyle of people who consult us (lifestyle can result in a 30 to 50% increase of the risk of developing an oncological disease). We evaluate the amount of body fat mass of the person and his or her adherence to the Mediterranean diet. We are able to tell whether the person’s adherence to the Mediterranean diet is high, moderate or low by using a tool called the “Predimed scale”. And, based on the results, we formulate a few dietary recommendations. People who consult us at the Risk Assessment Programme are motivated to reduce their cancer risk – either because they have relatives who have or had cancer and they want to know their own risk; or because, in clinical terms, an accrued risk of their developing cancer has been detected. But normally, our patients are people with a hereditary risk.

Your recent book, Comer para prevenir e enfrentar o cancro [Eating to prevent and face cancer], co-authored by nutritionist Catarina Sousa Guerreiro, is based on current scientific evidence. In particular, it deconstructs a number of myths about the wonders of the most publicised diets. Do you think it could motivate whoever reads it to change their eating habits?

I hope so. Our goal with this book was to effectively deconstruct certain highly publicised diets and to explain how to eat to prevent and face cancer. I hope we achieved this.

I think the book can motivate its readers because, being based on scientific knowledge, it doesn’t promise things that have not been proved. Nor does it recommend strategies that are impossible to implement. Many of the so-called miracle diets, supposedly able to cure cancer – such as the ketogenic diet, predominantly based on fat consumption, and diets that purport to change the pH of the blood (something we know no diet can achieve) – generate a lot of anxiety in people and promote unadjusted, unbalanced eating strategies. Instead, what we are saying is that there is a diet that is accessible, familiar to us in Portugal, that can actually have an impact on cancer risk. This may motivate – and reassure – not only cancer patients and their families, but also everyone who wishes to reduce their risk of developing cancer.

Text by Ana Gerschenfeld, Health&Sience Writer at the Champalimaud Foundation. 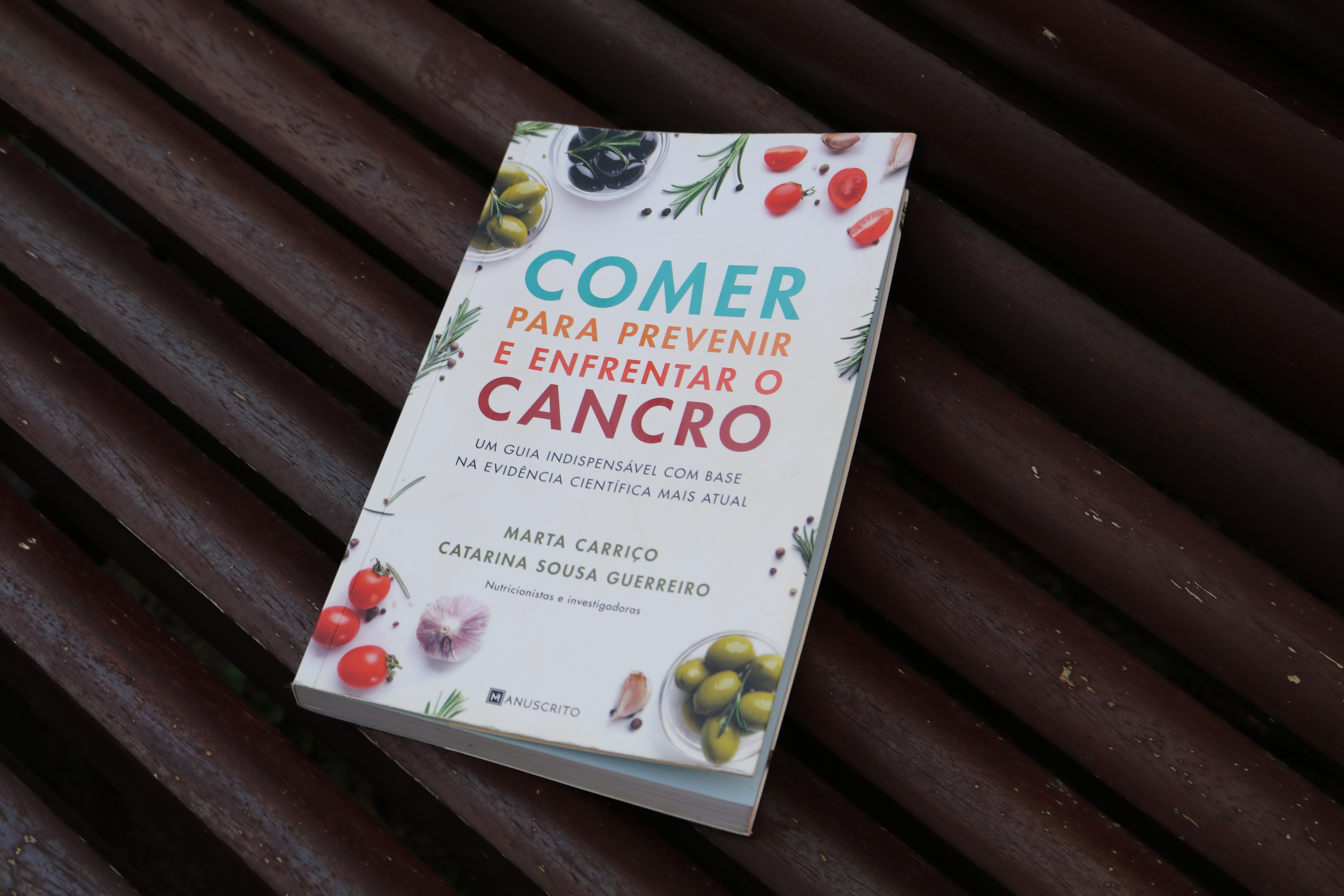