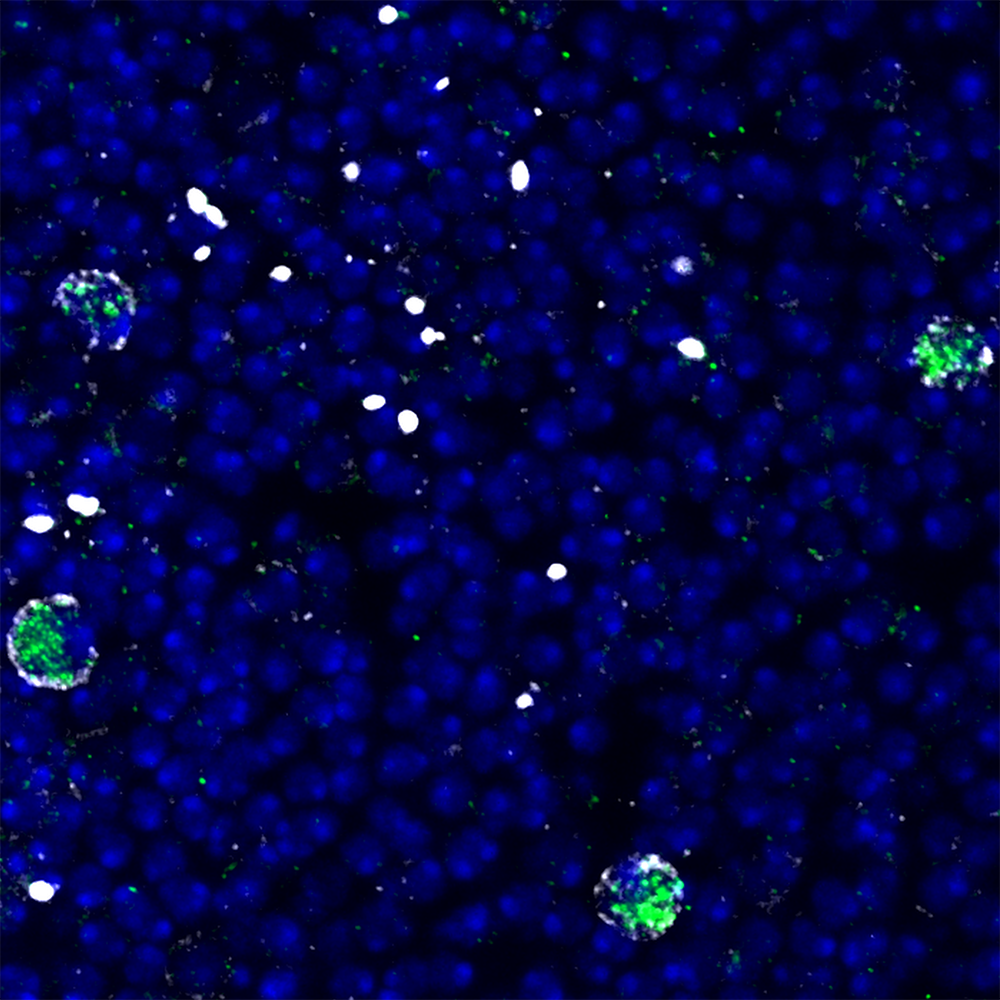 One of the most devastating aspects of stroke and traumatic brain injury is that the neurons we lose are never replaced. This means that depending on the injury site, patients may suffer long-term impairments of crucial motor or cognitive functions, such as language and memory.

But the brain does have the ability to produce new neurons. It contains reserves of special cells, called neural stem cells, that partially activate in response to tissue damage. Unfortunately, while many cells begin the process of regeneration, full activation occurs only in a small fraction of stem cells. As a result, few newly-made neurons are produced, and fewer still manage to survive and re-populate the damaged site. Instead, it gets filled with a common type of brain cell called glia, which functions as the "glue" of the nervous system.

How can we boost neural regeneration? A study published today (June 17) in the journal Developmental Cell may offer a way forward. Scientists at the Champalimaud Foundation in Portugal discovered a novel mechanism by which neurons and glia collaborate to drive this process. “We have revealed how neural stem cells sense injury and are recruited for tissue repair. These findings may be the first step towards developing drugs to promote the formation of new neurons following brain damage”, said the study's senior author Christa Rhiner.

To understand how neural regeneration works, Rhiner's team turned to the fly and mouse animal models. "Just like ours, their brains also contain neural stem cells", she explained. "In addition, many signalling molecules and forms of intercellular communication are common to humans, flies and mice. Consequently, the insights we gain from these animal models are likely to be relevant for understanding human physiology."

Anabel Simões, a doctoral student in the lab, began by asking what molecules were present exclusively in the injured brain area. Among dozens, one in particular caught her attention. "It was Swim - a transporter protein that quite literally 'swims' across the tissue, helping molecules that normally act locally to spread out. Following a thorough investigation, we learned that Swim is critical for mounting a regenerative response to brain injury", she explained.

According to Simões, the next logical step was to determine which molecule Swim was carrying. An additional series of experiments uncovered the answer - Wg/Wnt, a known activator of neural stem cells in flies and mammals.

"We found Wg in neurons in the damaged area, which is remarkable", said Simões. "It meant that the neurons themselves sense the tissue's distress and respond to it by trying to send a wakeup signal to dormant neural stem cells."

Now, there was only one piece left in the puzzle - who was producing Swim? The team found that when oxygen levels drop in the injured brain area, a certain type of glial cells jumps into action. These cells produce Swim and secrete it into the extracellular space. Then, the transporter encapsulates Wg and carries it to the nearest stem cell, effectively turning it on.

“One of the more striking aspects of this mechanism is that it’s collaborative”, said Simões, “Neurons and glia in the affected brain area work together to promote tissue repair.”

The team's results reveal a novel, cooperative mechanism by which neurons and glia "join forces" to drive neural regeneration. How can these results help make this process more robust?

"Now that we know who the key players are and how they communicate with each other, we have a shot at giving neural regeneration a boost. First, we need to verify that a similar mechanism also exists in humans. Then, we can begin thinking about translating these findings into therapies", said Rhiner. "These results also prompt many follow-up questions that we are looking forward to investigating next. For instance, how can we help new neurons survive in the tissue as it heals? It's a fascinating journey, and we're excited to see what we will find next", she concluded.

Text by Liad Hollender, Science writer and editor of the CCU Communication, Outreach and Events team.

Image 2: Fly Brain. Neurons (in red) and brain glial cells (in green) are illuminated in the fly brain. 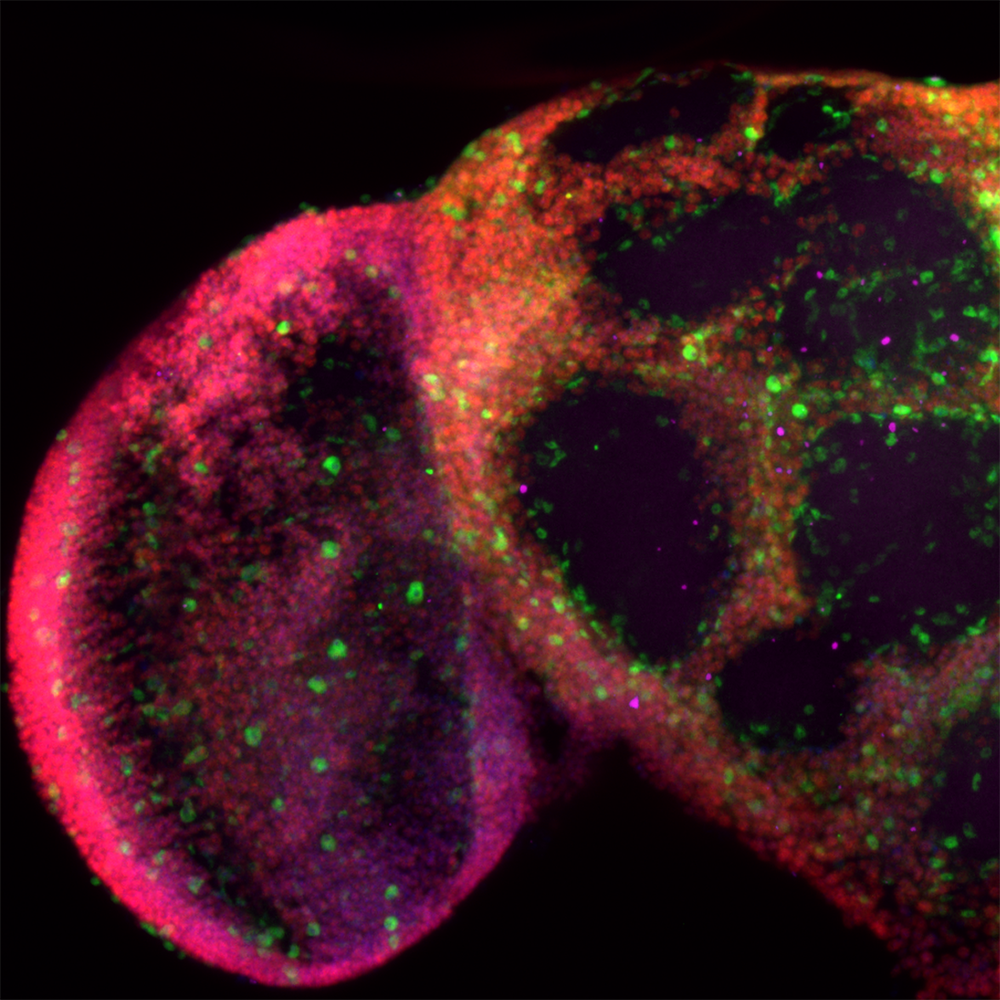 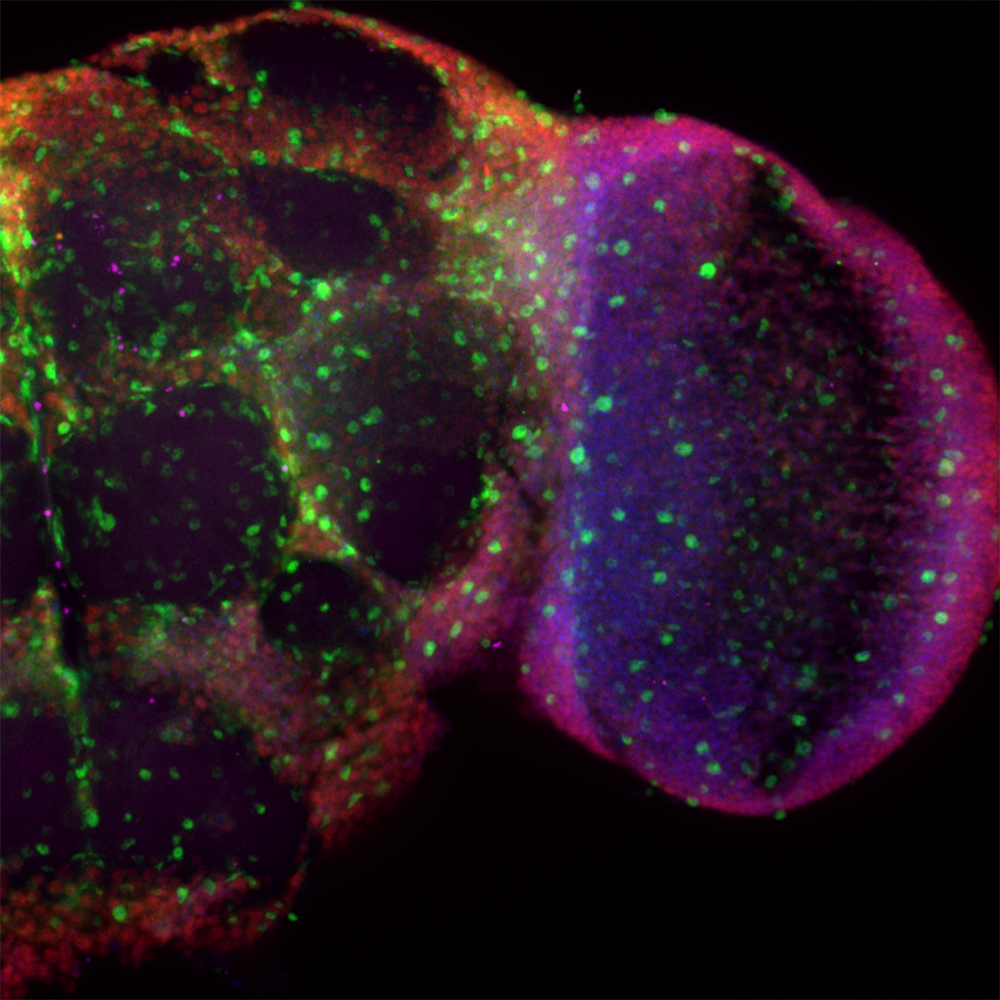